When You Were Mine release date!

Well I said August but I had no idea how soon in August. Ready for this? It'll be out in just a little over a week! 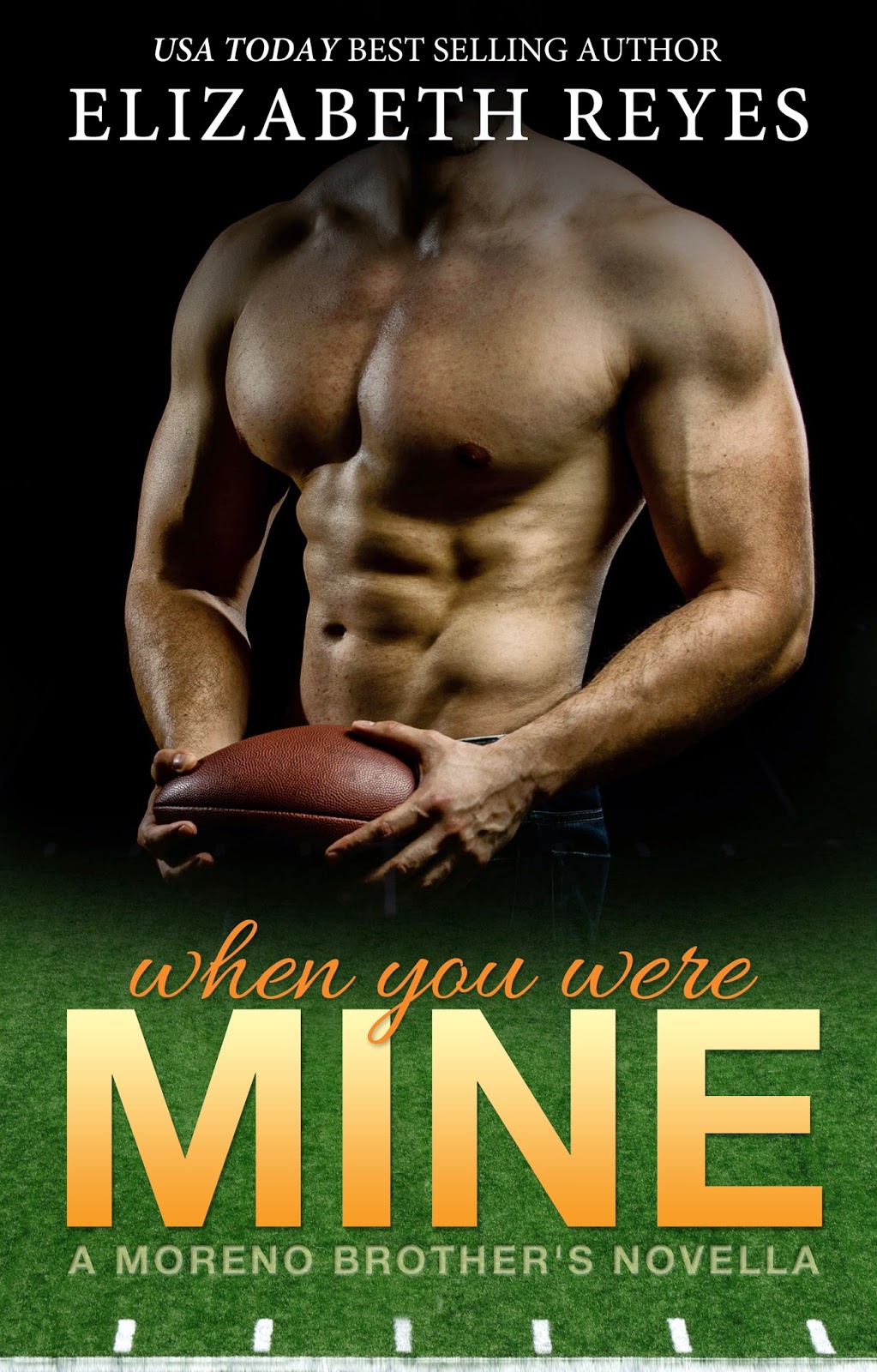 When You Were Mine official *release date is
Monday August 4th!!!!

* I will upload in hopes of a August 4th release but once uploaded it's entirely up to the retailer to have it go live on time.

When You Were Mine is a prequel NOVELLA to Always Been Mine. Approximately 49k words long. Giving you a more in depth look into the beginning of Alex and Valerie's tumultuous relationship leading into their full length novel already out! Also enjoy a very early excerpt of Felix (5th Street #5) coming November 13th 2014.

When her head was screaming “enough,” her hopeful heart continued to whisper “wait.”


It's the only way Valerie Zuniga can justify her ongoing addiction to the amazing but ever, elusive Alex Moreno. Mesmerized by the profound connection neither has ever quite understood, Valerie accepts their crazy relationship for what it is—non-exclusive.

That is until the incredible highs no longer numb the sting of the intense lows.

As tasteless and slippery as pride can be, for Alex it's always been the hardest pill to swallow.

Faced with a final ultimatum, the choice is a no-brainer for Alex. Despite his insanely busy life he's determined to prove to Valerie, that not only is he ready to commit, it's what he's always wanted—to claim Valerie as his exclusively.

But just as it kept him from admitting his real feelings all those years, will his obstinate pride once again step in and ruin things just when they're finally getting it right?

How about a little teaser?!!!

You remember Alex and Valerie's first meeting in Forever Mine? Ever wondered what was going on in Alex's head? Well let's go back to that as Alex recalls that day.

“Very nice,” he said under his breath still ogling her as he approached the booth where Sarah sat eating alone. “Is that Valerie?”

Sarah flinched, nearly spilling her drink, and looked up at him wide-eyed and already blushing. He apologized for startling her. Feeling guilty about obviously embarrassing her, he had mercy on her and brought his attention back to Valerie instead. She was still at the buffet.

“Well”—he smiled—“I’m partial to brunettes, but a cute little blonde every now and then could do a body good.”

Alex turned back to Sarah, picking up on the sarcasm in her tone, and slid in next to her with a playful smirk. “You think so?”

As usual, Sarah timidly attempted to pretend he hadn’t unnerved her by sitting up straight and playing with her food. “I didn’t think you were here today.”

“I just got here,” he murmured, feeling a little evil about how easily intimidated by him Sarah was, but no way was he going to tone it down now. This was too much fun. “You missed me?”

Her cheeks tinged with color instantly, and he had to smile.

“No,” she said again, doing her best to stay composed. “Valerie asked about you, actually.”

That made him turn in Valerie’s direction again. She was already  ambling toward them with a full plate. She wore a big smile and looked him straight in the eyes, self-assured, so unlike her cousin.

“Did she now?” he asked, raising a curious eyebrow as he took Valerie in again from top to bottom.
Valerie put her plate down on the table and sat across from him.

Sarah immediately introduced Alex to Valerie then turned to her cousin with a humorous smile. “I think you know who Alex is, right, Valerie?”

“Of course I do.” She reached her hand out to shake his, squeezing firmly. “I’d have to have been buried for the last few years if I didn’t.”

“Really?” Alex said, his eyes going from hers to her smiling lips, and then it dawned on him. “I remember you now.” To his surprise, he caught the slight roll of Valerie’s eyes. “I saw that.” he said.

Her laugh was sultry—sexy—inviting. Just like that, she had his full attention, and he laughed too, unable to take his eyes off her. They were even bigger this close.

“You don’t think I remember you?”

“Nope,” she said simply and dug into her food.

He watched as she ate without a care, and for a moment, he was distracted by her tongue wiping her bottom lip clean. He cleared his throat, remembering what she’d just said about him not remembering her. “You wanna bet?”

Add to your GoodReads shelf now!
Posted by Elizabeth Reyes at 1:01 PM