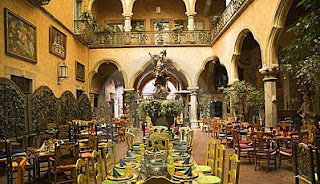 The Moreno Brothers is a companion series. All books are written as stand alone and there is need to read the rest of the books in the series to follow the stories. However be warned if you do decide to read out of order you will come across a few snippets or updates on couples from previous novels in the series that might be considered minor spoilers.


Reading order of the series
With the addition of Forever Yours and When You Were Mine, this got a little trickier and may get even trickier with more books to come. So this is how I would recommend reading the series in order to avoid spoilers of the other books in the series. Updated August 2014 to Add WYWM. I can hardly believe there are 7 books in the series now! And one more is coming this Christmas 2014!!!

Because both Always Been Mine and Forever Yours contain minor spoilers of Sweet Sofie I will now say Sweet Sofie should be read before either. SO

Fourth: When you Were Mine

Fifth : Always Been Mine

Seventh: Making You Mine

And then you can move on to the spin off series Fate. =D

Hey guys! If there is any question you can't find the answer to about The series check out my FAQ section. I update it especially when I start getting the same question asked a lot.  =) Happy reading!


When I began writing this bunch I never dreamed that I'd fall in love with each and every one of them the way I did! I'm so ecstatic to hear that my readers now feel the same way. If you haven't already met them you HAVE to! Let me introduce you now to the main characters and for you who are already familiar with them feel free to correct me if I got anything wrong! =/


List of characters in series:
Main characters in order of how they are introduced in books. (I'm sure someone will correct me if I get the order wrong. LOL


Sarah Lynn Fierro: Moves to La Jolla at 17 when mom is sent to jail meets Angel and falls head over heels.
Sydney Maricopa: Sarah's (male) childhood best friend back in Arizona and cause of much angst in FM.
Angel Moreno : Youngest of the brothers, part owner of Moreno's restaurant in love with Sarah.
Valerie Zuniga:  Sarah's cousin who first tells Sarah about the Moreno brothers and has been crushing on Alex since grade school.
Eric Diego: One of the Moreno Brothers childhood best friend and has been in love with their sister Sofia since they were kids.
Ramon (Moe) Romero: Their other childhood best friend who goes by his last name and falls hard for Valerie's roommate Isabel (Izzy).
Sofia Moreno: The Moreno Brother's overprotected baby sister. Involved with the family restaurant(s) but has her own writing thing going and in love with Eric ever since she can remember.

Alex Moreno : Middle brother but physically the biggest. Hot head of the three part owner of Moreno's  and in love with Valerie.
Sal Moreno:  Oldest of the brothers, stayed in school longest to earn his master degree and perfectionist of the three. Overseer of all the Moreno restaurants and in love with Grace Zendejas.
Isabel Montenegro (Izzy) Valerie's college dorm roommate who later becomes her apartment roommate. Middle school teacher who falls in love with Romero.
Graciela Zendejas (Gracie) Culinary student then graduate who falls head over heels over Sal.

Fun Extras for those who've read the entire series (for those who haven't these character interviews contain spoilers!)

The guys get interviewed just before the release of Making You Mine from a blogger trying to get the inside scoop on Sal.  INTERVIEW

Hall Pass! The couples each get hall passes.  Meaning each couple gets to ask their partner one question. ANY question. Even Romero. Only rule is you can't get mad. Yeah that's gonna happen! ;) Read the Hall Pass HERE

Big virtual talk show with the entire cast present.  Main characters take to the stage to answer the tough questions. Readers and audience members got their chance to ask away and they were tough putting some of your favorites on the spot!  See the PRE-SHOW then the actual SHOW.

As if we need to even try to make these guys jealous, the Moreno ladies asked us to set up a hidden camera show that did just that. And of course we obliged! Check out Ignite Your Alpha!

And now the Books!

New Adult Contemporary Romance - Aprx 87k words.
Seventeen-year old Sarah’s life is turned upside down when her single mom is sent to jail. She’s forced to move, leaving behind everything she’s ever known, including her best friend Sydney. Lost and bitter in a new school, her one goal is to save money and move back home. Then she meets Angel Moreno.

Enigmatic but gorgeous, Angel is almost too good to be true. Except for one thing, his archaic belief that guys and girls can never be “just friends”. The problem? Sarah’s best friend Sydney is not a girl.

With their unexpected romance intensifying to places neither ever experienced, how long can Sarah keep Angel in the dark about the guy waiting for her back home?


Blog posts/excerpts/teasers related to Forever Mine:

Geez I didn't realize how many excerpts I'd posted of FM!

Her entire life, Sofia Moreno has dealt with overprotective brothers. With her three older brothers always lurking, no boy would dare reach out to her. Luckily for Sofia, the one boy she's got her heart set on has always been within reach: her brother's best friend Eric, even though his loyalty to her brothers runs deep. Sofia knows there is only so much he can do before giving in to her.

Two years older than her, Eric Diego has always known there would be hell to pay if he messed with his best friend's kid sister, Sofia. Through the years, he watches as she blooms into a beautiful young lady right before his eyes. With teenage hormones raging and Sofia more than willing, Eric agrees to the unthinkable: a forbidden secret romance. Feeling emotions and a feverish passion that's new to them both, neither is ready for how quickly their romance spins out of control.

After one heartache too many, Valerie Zuniga vows to never let Alex Moreno hurt her again. A year later, she is forced to reunite with him at a party where one unexpected sizzling kiss tells her she’s far from over him. No way will she allow herself to get sucked back into that torment. She’ll resist him even if that means using the one thing that’ll stop Alex dead in his tracks: another man.

Alex is coming off one of the worst years of his life. He spent so much time wallowing in self-pity, he never realized how much he’d missed Valerie. That is, until that kiss. Now, he’s determined to get her back one way or another, and no other man will stand in his way. Especially after discovering that Valerie may be in danger, a danger he blames himself for.

Angel Moreno and Sarah Fiero fell in love in Forever Mine, but for a couple of high school sweethearts, forever is a really long time...

Catch up with them and the whole gang in college as past insecurities resurface. As if dealing with her best friend Sydney wasn't enough, Angel now has two more men to deal with in Sarah's life. There's no shortage of edge-of-your-seat, angsty drama, tears, and laughter as Angel and Sarah's love is put to the ultimate test in this addition to the Moreno Brother series.

Prim and proper middle school teacher Isabel Montenegro always runs the opposite direction from men like Ramon Romero. A foul-mouthed, uneducated, loose cannon has no place in her careful plans. But instead of running away, Isabel is completely captivated. The intensity of his nature, while a bit daunting, mesmerizes her in ways she can’t begin to understand. She’s unwilling to walk away—even when her instincts are screaming at her to run.

Romero has no idea what he's getting himself into when he first kisses Isabel. Shocked at the passion she invokes in him, he believes he can keep his usual short fuse under wraps. Falling fast and hard for someone so flawlessly sweet only makes him more aware that he’s far from perfect. If she is ever witness to his biggest imperfection, he’s sure she’ll bail. But when her meddling sister does the worst thing imaginable—bring other men between him and his Izzy—that fuse is lit and all bets are off.

Always in control, the meticulous and professional Salvador Moreno is thrown for a loop when the newly hired bartender Grace Zendejas suddenly invades his family’s restaurant, and infuriatingly, his every thought. For the first time in his life, Sal is fumbling. But after recovering from a few blunders he discovers his feelings for Grace run much deeper.

Things begin to heat up between him and Grace, but then the ever-perfect Sal does something even his brothers never did—screws up royally. Now he’s scrambling to cover up a mistake he knows could cost him dearly. As his relationship with Grace grows even more serious, Sal's secret is a ticking bomb, threatening to destroy the one thing he now lives and breathes for—his relationship with the love of his life—Grace.