In celebration of reaching over 50k + sales of Romero I'm doing a very temporary price cut this week only! So if you haven't already read his story grab it now for only $.99 cents!! 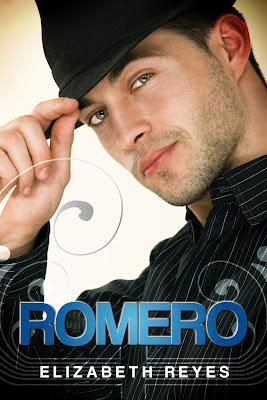 But there's MORE!! Tune in this Tuesday as Romero makes brave Judy from Judy's Jumbles  blush as she asks the tough questions about Izzy, and a sore subject for him--his temper. Yikes!

And did someone say bonus scene?
***Spoiler Alert!***
For those who haven't read Romero you may want to wait until you have to read this. This is a BIG scene from the book only now you get to be in Romero's head as it unfolds!
****************
Speaking of temper. For those of you who've read Romero. You remember the scene at Charles birthday party where Romero loses it? We were in Isabel's head the whole time. We know he was incensed but would you like to see what was really going through his head? Here is the beginning of the scene in his head. I'll post the bonus scene in it's entirety later this week! And I just want to add. I'd forgotten how fun it is to write Romero. =)

Watch how quickly he goes from 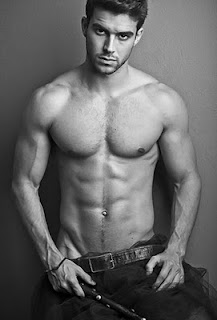 Disclaimer: These are two completely different models. Neither of which represent or endorse  Romero in ANY way. Just giving you a visual. ;)

For the first few minutes of Isabel's dance with her father Romero watched solemnly. She was upset at him and though he couldn't really blame her... He stopped with that thought and pulled the front of  his shirt to his nose. Fuck. He did reek of Cici's perfume. His only consolation was that as soon as he gave her the ring and explained everything she'd understand.  Izzy had to understand Cici had nothing on her. No girl did. Lately he was beginning to think he couldn't even breathe without her. That's why he'd got her the ring. It symbolized just how serious he was about her and how much she meant to him. He wouldn't freak her out and call it an engagement ring but he did want her to know she was everything to him now.
The laughter he'd been hearing from the bar where Michael hung out with the other Navy guys erupted again. Romero glanced back slowly at them, his jaw tightly clenched. The guy had very obviously looked his way earlier and Romero had stared him down until the asshole looked away. Isabel said her sister didn't have any ulterior motives inviting Michael here tonight—the guy she'd once tried setting her up with. But Romero knew better. Pat always had ulterior motives when it came to this shit and he put nothing past her ass.
Michael wasn't at the bar anymore. Taking a swig of his beer Romero glanced around the room and noticed a photographer snapping photos of Izzy and her soon-to-be Mayor father on the dance floor. Just past them he saw Pat and Charles talking to what appeared to be a reporter. He closed his eyes for a moment the reality of just how different his and Isabel's lives were, sinking in. But he reminded himself that she'd assured him more than once now that it wasn't an issue for her. That's all that should matter.
Alex nudged him. "I heard they called the cops on your uncles again."
That snapped Romero out of his ominous mood and he laughed. "Yeah the old hag next door who always has a hair up her ass came over and asked Manny to move his car again. She hates it when he parks in front of her house." He laughed again. "And you know Manny he had a few choice words for her. So she called the cops."
Alex laughed now with him. "Sal said she tried to press charges on Max, too."
Romero had begun to take another swig of his beer and nearly spit that out laughing again. "Yeah well, she can't stand either one of them. So in the middle of her and Manny going at it on the front porch, Max drives up. He gets out of his car and walks up to them, tells her, her ass don't look so big in them shorts and then asks her out." He had Alex laughing as hard as he did when he first heard the story from his uncles a few days prior. "She wanted him arrested for sexual harassment."
He glanced up and noticed Isabel and her dad weren't on the dance floor anymore. Still laughing he did a quick scan and then saw her standing with Michael across the room—just the two of them. Instantly his humorous mood was sucked out of him. Like a car coming to a screeching stop so did the sound in the room as his eyes met with Isabel's. Michael moving in closer to her had him putting his beer down. She turned to Michael with a sweet smile as the fucker leaned into her face with a purpose. With that Romero was on his feet pushing his chair back.
He heard Alex ask him something but the blood already thrumming loudly in his ears drowned everything out. He did however hear Valerie's louder  more anxious words as he began walking toward Isabel and Michael fists already clenched.
"Oh shit, Alex. You better go with him."


As if just seeing this guy move in so close to his Izzy wasn't enough to get his insides boiling as he charged toward them a little fast now, Michael added to it by putting his arm around her shoulder.

"Be cool, Romero," Alex warned.  Romero didn't even know was right behind him. "Don't do anything you're gonna regret. He's probably drunk."
Staring at Micheal's arm on Izzy, Romero couldn't even respond to that. Every step he took closer to them his searing insides felt ready to blow. Reminding himself where he was he tried desperately to calm himself as he neared them “Isabel, what the hell’s going on?”

Both she and Michael along with everyone else within hearing distance turned to look at him. The look on the assholes face a little too smug when their eyes met. "She's venting," Michael said before Isabel could respond. "Can you give us a moment?"
That was the first explosion that went off inside him and Romero responded accordingly without any care about where they were now. "Fuck no! I won't give you a moment with her." He turned to Isabel confused. "What are you venting about?"
"Us," she snapped and he realized she was still mad.
But... "You're telling to this asshole about us?"
"Hey, watch your language," Michael said and just as Romero turned to look at the fucker he saw him adjust his arm on Izzy's shoulder pulling her even closer to him.
The second bomb inside him went off and Romero spoke through his teeth now the noise in the room nothing but a buzz except for his own words and what this guy had just said. "Get your fucking hands off her."
"Maybe she wants them there."
Never in his life had he wanted to rip someone's face off like he did at that moment but he turned to Isabel for a second. Had she really been venting to this guy about them? Seeing the tears in her eyes now only heightened the intensity of the inferno inside him ready to combust. She tried loosening Micheal's arm  but he didn't let her. In the next second he heard  Izzy's two words. "Michael stop." Then he heard nothing.
Any and all noise in the room ceased instantly. The rage he felt was so overpowering he didn't even remember landing the initial punches. And no matter how hard he landed the next ones on Micheal's already bloodied face they weren't hard enough. Pummeling him with blow after blow to his nose, eyes, even his ear when Michael turned his head all of which had blood splattering in every direction each time, it wasn't enough.
He hadn't even noticed there were people trying to pull him off Michael until he hooked someone in the nose as he cocked his arm back to land another solid strike to Micheal's mouth. Feeling things  crunch on Micheal's face every time he landed another hit should've been satisfaction enough but it wasn't. Romero wanted more and even as big as Alex was who'd finally pulled him off Michael the adrenaline running through Romero's still enraged insides he almost managed to free himself form Alex's hold.
Suddenly pushed up against the wall by several cops the red haze of rage began to cease as the reality of what was happening sunk in. He could make out what some people were saying including a bunch of shit Michael was yelling about wanting Romero arrested.
Once handcuffed the cops pulled him roughly along and Romero's eyes met with Isabel's disapproving dad's eyes just as Michael yelled out more bullshit about a loser like him had blown his only chance with someone like Isabel.
Hearing Isabel's voice when she yelled at Michael to shut up had him clenching his teeth. He couldn't even look at her at that moment. Then came Micheal's next statement.
“Sweetheart, I’m just agreeing with what you said. Your future with him was uncertain.”
Now Romero glanced at Isabel's tear stricken face. He had to. Did she really think that? Was she really uncertain about their future? Her apologetic expression said it all. She had begun to doubt a future with him was probable. She'd probably been thinking it all along and now Romero had done this and confirmed her doubts.
Earlier when he'd felt so enraged he might've killed Michael had he not been stopped he didn't think he could ever feel any emotion stronger than the rage that had taken over all his senses so relentlessly. He'd been wrong. He was over the rage already. But the pain of knowing he'd just lost Izzy was so overwhelming he knew it was something he'd never get over.

You want more of whats going on in Romero's head? Go read the exclusive interview with Romero on Judy's Jumbles!

First of all let me thank you all for sharing the promo! This was a HUGE success and SO much fun!!
For those of you who didn't win this time I can assure you I have MANY more promo's coming REAL soon so stayed tune! Now for the randomly chosen winners here is the list!

The three winners of the signed copies of Romero are:
*Yadkny*
Denice Mae Cordero
Aleksandra @MissLexieA

Congrats to all of you! And thanks again for your participation!!! <3 font="">

Oh and just for fun! Speaking of sharing (which ironically Romero does NOT do *snort!*) Thank you Christina for sharing your vision of Romero. 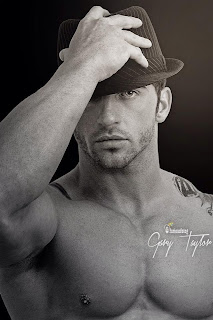 Posted by Elizabeth Reyes at 7:52 AM