Teaser plus some bonuses this week. First an addition to the Gio soundtrack, "Fantasy" 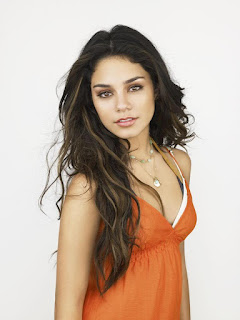 And now for the teaser: I call this one, "Innocent flirting" Because that's all it is right? ;)
Enjoy and as always let me know what you think!


The set up: They've been on the slopes all day and Gio is beginning to feel real comfortable with Bianca. Not to mention other things... we're in her POV now so lets see how she's feeling.

She elbowed him playfully. “Actually I think we should call it a day. You’re going to be so sore tomorrow.”

Gio made an exaggerated face of shock and utter disbelief. She suspected he meant for it to be funny, instead it was as breathtaking as all his other expressions were. “Are you even capable of making any unflattering facial expressions?”

His expression dissolved, and those eyes now stared at her, making her breath catch. “Are you?”
For the first time that day, her laugh was a nervous one, and the schoolgirl butterflies were back en masse. She proceeded to scrunch her face up. “See?” Then she stuck her tongue out at him, closing her eyes.

When she opened her eyes, she expected to see him smiling, but he was staring at her mouth, and he seemed stunned for a moment. Then he smirked, his heavy lashes lowering over the tops of his now smoldering green eyes. With her insides lit, Bianca was totally mesmerized. “I’d say to you what I say to most girls when they show me their tongues, but I shouldn’t.”

Swallowing hard and trying not to let on what his eyes and words were doing to her, she managed to stammer out, “Why not?”

He started off down the small hill, leaving her breathless and confused. She squeezed her eyes shut for a moment, making a mental note. Never show him your tongue again.

With a deep breath, she went after him but only because he turned to see if she was following. Otherwise, she might still be glued to that same spot. She cleared her throat as she caught up to him and tried to sound as casual as possible. “I was serious, you know.”

He glanced at her, his eyebrows pulled together. “About what?”

He chuckled now, really reminding her of Felix and how cocky he’d been about it his first time out. “Did you forget I work out every day?”

A sudden evil smile spread across his face, and his eyes just about sparkled with humor. “Is that right, Bianca? So you’re saying I went longer and harder than your boyfriend?”

Bianca felt the flush clear down her neck, but she couldn’t help laughing and went along with her own smirk. “Yes, you did.”

She sped up and away from him, no longer able to be that close to him knowing that her apparent crush on him was obviously coming through loud and clear and he was now having fun with it.

At first, she didn’t wait up. She needed to give her heart time to settle. After a few minutes, she slowed a little, reminding herself that even though he’d been a fast learner, he was nowhere near her level of skill. He came up alongside her. “You know I’m just teasing, right?”

“Of course.” She glanced up at him and his perfect smile.

“I mean I’d say something like that even in front of Felix,” he laughed, “just to piss him off, but I hope I didn’t offend you or anything.”

“No, not at all.” She realized she was blurting out her auto-responses, but she wanted to be perfectly clear on this. This was nothing more than innocent flirting. He was just being playful after having spent the entire day with her. Secretly she was surprised, not only by how thrilling it was but how she in no way wanted to discourage it.

The main lodge to the resort was just up ahead. She’d been so distracted by his teasing that the time it took them to get there just flew. “Felix says things like that all the time too. Nothing shocks me anymore,” she lied through her teeth.

“Yeah, but he’s your boyfriend.”

She shook her head. “But I get it. You two are funny. There’s nothing you can say that will weird me out. I promise.”

The teasing smile was back and she braced herself.

That confused her, and she searched his eyes then he laughed. “God, those eyes of yours, Bianca.”
This time he shook his head. “Back there, you promised I’d be sore tomorrow.” She started to smile, remembering but then stopped when she was caught in those molten eyes of his again. “I’ve made that same promise a few times.” He stared at her a bit longer and harder before his lip lifted into a sexy crooked smile.

Let the fantasies begin Bianca or in her case dreams! ;)

And the final bonus this week? Read the official blurb to Gio here!!

Add Gio to your GoodReads "to read" shelf now!

A very special shout out to Emily Lamphear who helped come up with this weeks pics and PERFECT song! Thank you so much!!!  <3 <3<3


Posted by Elizabeth Reyes at 8:43 PM