Gio is now availble on Amazon and B&N!

Happy Teaser Tuesday to you! 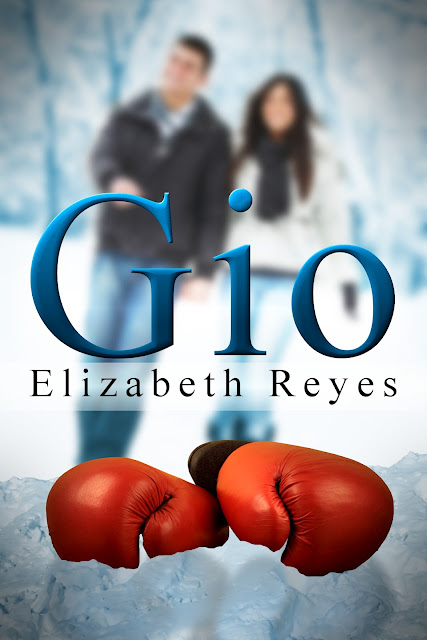 Fingers crossed that Amazon and B&N wont keep teasing you by taking forever to make live. =/

As I mentioned before I don't really have another juicy teaser that won't give too much away. So let me give you the blurb again so you can get a refresher on the plot.

When tragedy strikes in the ring, Giovanni Bravo falls into a deep depression, walking away from his dream of boxing to train instead. He agrees to a two month get-away, helping train Felix Sanchez, his high school best friend and now welterweight champ of the world. Once at Felix’s lavish boxing complex, he’s reunited with Bianca Rubio, someone he remembers only as the girl with the innocent doe eyes back in high school. Her refreshing, cheerful demeanor not only takes Gio’s mind off his troubled conscience, he finds himself falling for her fast and hard. The problem—Bianca is Felix’s girlfriend.

Having a sexy, famous boyfriend has its perks, but they come with a price. Bianca not only has to deal with the ongoing tabloid rumors about her boyfriend hooking up with other women, but also his constant absence when he is on the road. So now that Felix will be in town for two whole months to train for his next big bout, Bianca is thrilled. He’s even asked her to move into his cabin while he's there. But when he leaves for days at a time to promote his fight, Bianca spends time getting to know Felix’s gorgeous new trainer and good friend, Gio. Increasingly drawn to his sweet smile and smoldering green eyes, she finds herself saying and doing things she normally wouldn’t.

As it becomes more and more difficult for each to resist the other, Gio crosses the line between them. He hopes that one kiss will alleviate the overwhelming temptation and clear both their systems, but it does just the opposite. Their temptation suddenly becomes an obsession—a dangerous obsession that can only lead to heartache—for everyone


Set up: They've been invited to dinner at Noah and Roni's. Everyone is present.


Gio’s eyes locked with Bianca’s a few times as the dinner went on. At first, he thought he’d imagined it. Maybe she’d just looked his way and their eyes had just so happened to stop at the same time. But it happened several times after that. As nervous as it made him that someone might notice he could not bring himself to stop looking her way.
She may as well have been glowing because regardless of where his eyes focused in an effort to keep them off her she always stayed in his peripheral view. He was aware of her every movement. Anytime she lifted her glass or wiped her mouth was reason enough to look her way. It came as a bit of a surprise, but it was almost annoying too that he had so little control over something so simple—staying focused on whoever was speaking.  What surprised him most was how indiscreet she was. Thankfully Felix was too busy yapping and catching up with the guys to notice her wandering eyes. 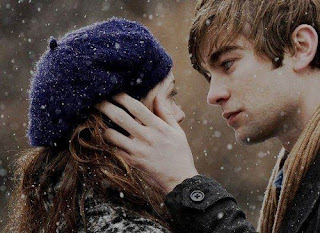 This picture is SO perfect only both their hair is actually darker than this but the scene, the way he's looking at her. *sigh* I just had to post again! =)


Posted by Elizabeth Reyes at 9:48 PM