Always Been Mine is temporarily $.99 cents!!!

In celebration of Mother's day AND Always Been Mine being 2 years old this month. Two years wow! We're celebrating with a temporary price cut, a teaser of an upcoming book and a giveaway!!

I love, loved, LOVED this book! I couldn't put it down! Thinking about the characters and complex the book turned into was a wonderful reading experience!
Amazon review

this book was amazing it felt like i was in a roller coaster, omg it just made me love this book even more i fell in love with alex his passion for valerie was beautiful so much love.

Okay is it really that bad to say that I AM IN LOVE with this series!!! Forever Mine was awesome and now this.....I am so touched and completely blown away!

So if you haven't already grab your copy of the 2nd in the Moreno Brothers series for only $.99 cents now!
Barns & Noble  Amazon
Smashwords
Kobo iBooks/iTunes
Will update with iBooks link as soon a price changes over there! 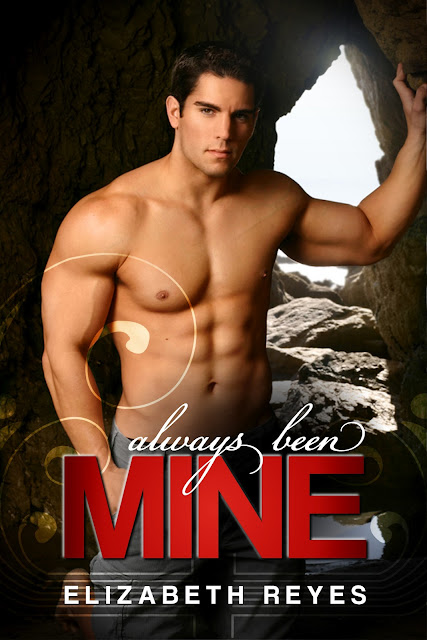 Read teasers and lots of fun extras of Always Been Mine and all the other books in the series on the
Moreno Brother page!

Now for those of you who've read the series or Sweet Sofie you know who Brandon is. His story is the next in the Fate series. I thought this very short teaser of the prologue of Breaking Brandon (Fate #2) was appropriate to share today since Alex Moreno makes an appearance. You might recognize this scene. It was mentioned in Sweet Sofie but we never got to experience it. Now here it is in Brandon's POV. Enjoy!

Finally, Brandon's mother had given up on trying to coax him out of his room. Swallowing down another swig of good ol’ Jack Daniels straight from the bottle, Brandon's mind repeated the same thing it'd been repeating for the last hour he'd been sitting there, reflecting on his miserable life on this New Year’s Eve. The only home he'd ever known, aside from the marine bases he'd lived on since he enlisted, was now up for sale. In less than a week, he'd be moving away for good.
The father he'd lived to impress his entire life and never had, until just recently, had a few months, maybe weeks, to live. He and his mother would be alone now as he'd wished for so many years growing up, only it wasn’t what he wanted now. Damn it.
He'd finally proven to that man that he was worthy of his love. His dad had finally said the words he'd yearned to hear his entire life: I'm proud of you, Son. Now he was dying. This was bullshit!
Flinging the pocket knife he'd been flipping open and shut across the room, he stood up. Life sucked! Out of nowhere, Sal's words suddenly slammed into him: Stay the hell away from Sofie or I'm coming after you personally.
"Fuck no!" He took another swig of from the near-empty bottle. "No, Sal. I won't stay away from her—not until I make sure she gets the story right—not what you and your asshole brothers are trying to make her believe."
He set the bottle down on his desk and charged out the door. The entire hallway moved from side to side as he walked through it.
"Where are you going?" His mother’s anxious eyes searched his.
"To see a friend."
"Brandon, you're drunk!"
For some reason, that made him laugh. "Yeah, I guess I am."
"You shouldn't go out like this." His mother warned.
"Don't worry. I'm not driving." He pushed through the front door.
The cool fresh air hit him like smelling salts, and he shook his head. Until that moment, he hadn't realized how buzzed he really was. Even drunk, he knew this was a bad idea, but he continued his long strides with even more conviction. The entire cul-de-sac where Sofie lived was packed with cars. Of course, he expected nothing less. At every damn party her family had ever had, they'd had a ton of people. Why would a New Year's party be any different?
There were a few men just outside her front door as he walked up the circular driveway. He recognized Sarah, Angel's girl, tying balloons around the mailbox out front, so he approached her.
"Sarah."
She turned, and he actually saw the color in her green eyes pale. "Brandon?"
"Can you get Sofie for me? I need to talk to her."
She shook her head. "She's not here." Turning to the front door, she glanced back at Brandon, quickly lowering her voice. "You shouldn't be here, Brandon."
He knew this wouldn't be easy, but he was determined. "I know she's here. You guys are having a party. Where else would she be? Can you just get her for me? I need to talk to her before I leave."
"I'm not lying. She's at the restaurant." She gasped, looking behind him. Just as he turned, he saw Angel turn back toward the garage. "He almost saw you. You better go. I'm serious. They're all here, and they do not want you around Sofia."
"I'm not leaving until I talk to her." Sarah's eyes opened wide and she shook her head. "They can't do this, Sarah. When I leave, it's forever, and I wanna make sure I get things straight with her first."
Her eyes looked even more anxious now, and she continued to speak in her lowered voice. "This is so not the time or place—"
The front door slamming against the wall as Alex pushed it open made Sarah flinch and instantly had both their attention. As usual, Sofie's hotheaded brother looked incensed as he charged down the porch steps. "Why the fuck are you here?".

Giveaway? Simple. Share and enter! Pushtab gives you the option to enter multiple times for more chances to win. What are you entering to win? Signed copies of course and more gift cards. 5 winners will be picked total.
3 will win signed books of mine (your choice)
1 will win a $25 Amazon gift card
1 will win a $25 Barnes and Noble card
Winners will be contacted when the giveaway is over!

Posted by Elizabeth Reyes at 9:24 AM