Okay here we are again and yes I promise you we are getting close to a release date but the reason this is taking longer than normal is because this is my longest novel yet. So it's taking longer to edit as well. But that means more for you to read when it finally is out! Yay! =) 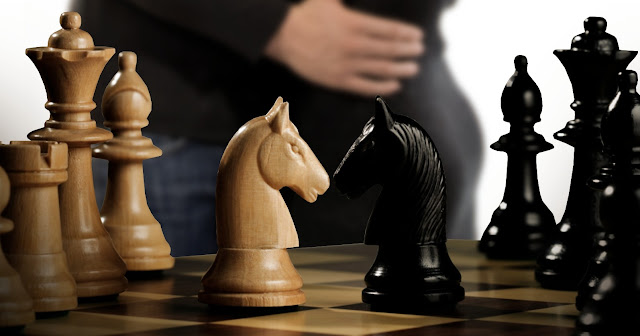 Set up: One of Hector's first impressions of Charlee "She's a chess snob." After showing him up he doesn't like her very much... or maybe he does. ;)

The stare softened just a bit but Hector lifted an eyebrow then licked his lips, making her eyes immediately glance down at his mouth. “Well bravo,” he said glancing back at the board. “I guess you showed me right? You found every hole in my game and used it to take me down.” He turned to face her again this time with an evil smirk and he lowered his voice to a whisper. “Did you like that?”

Her lips literally trembled as she began to shake her head, fluttering her lashes in an effort to come up with a proper response. Taking a few steps back because being that close to him was just too overwhelming, she glanced around at the couple guys still studying the board. Though she was certain Hector’s question hadn’t been heard by anyone else she still attempted to make light of it with a chuckle that fell flat. “What?”

Hector closed in again, his words a near murmur. “Did it feel good to take me down, Charlotte?” The fact that he remembered her full name would’ve been enough to excite her but hearing him say it in that tone made her nearly gasp. Then he added a final blow by licking his lips again and leaned in even closer. “It’s what you wanted, right?”

Her entire face was ablaze, including her ears even though no one was paying attention to them anymore. Not even Walter.  He was now engaged in what sounded like a debate about the game she and Hector had just played.

Charlee cleared her throat—twice. He was still talking about the game right? She couldn’t even tell anymore if he was still angry. “I didn’t mean anything personal by it. If that’s what you’re suggesting.”
Hector seemed hell bent on speaking unnervingly close up to her because he took another step closing off the space between them again. This time Charlee stood her ground and didn’t back up but having him that close put every single one of her senses on alert. Her nose took in the mixture of his masculine scent with what was probably aftershave—a annoyingly alluring and distracting aftershave.

“You always take that much time studying someone else’s game?” It was low and subtle but her ears didn’t miss the low chuckle that reverberated from deep within him. “Or am I just that special?”

Unable to take how deeply he gazed into her eyes anymore, Charlee glanced away noticing how the muscle on his big lower arm flexed. Looking further down she saw why. His hand was fisted and he was squeezing it off and on. How something so trivial could actually arouse her to the point she felt flushed was beyond infuriating. Did he know he could do this to her? Was this whole line of questioning—this closely—his way of embarrassing her like he obviously thought she’d set out to do to him?

Unbelievably needing to clear her throat once again she did, then glanced back at those eyes that seemed to get darker each time he addressed her. “Actually I didn’t study it for as long as you seem to think.” She was only grateful that he didn’t know her well enough or he see right through her.

Feeling a little perturbed about how the mixture of playfulness and intensity in his eyes practically burned a hole through her now since he’d made it categorically clear earlier that he had no interest in her she crossed her arms in front of her. Embarrassing her was obviously the goal here. “Haven’t you ever studied other player’s games? Maybe you’re not aware but it’s pretty much a requirement at this level—”

“As opposed to my level?” He snapped back. The playfulness in his eyes was gone, the intensity now prevailing.

“Let me tell you something, Charlee.” She didn’t think it was possible but he moved even closer forcing her to uncross her arms or feel his body heat against them. “I may be a casual player for the most part but I am familiar with classical chess study.” His eyes were darker now than they’d been that entire time.

“I didn’t say you weren’t it’s just that…” she stopped when he very noticeably moved his eyes down from hers and stopped at her lips then he licked his own again, slowly.

He moved in so close she could feel the warmth of his breath against her own mouth. Feeling his mouth so close to hers she could almost taste it, was so intoxicating she froze in place staring at his lips. He got so close her heart nearly gave out on her because there was no doubt what he was about to do next. And God even knowing with every fiber of her being that she shouldn’t, that this could only end in heartache if she went there with him, she knew she wouldn’t stop him. She wanted him to—so bad.


Thanks for reading and if you haven't already add it to your GoodReads shelf now! 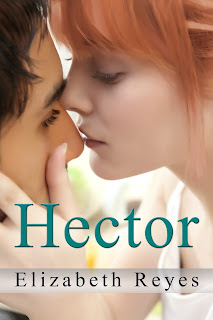 Posted by Elizabeth Reyes at 8:59 PM