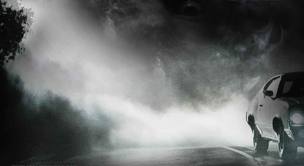 I thought I'd try something a little different this week.

This is a WIP that's been sitting on the back burner until I can get my Moreno Brothers series completed. It is a paranormal romance. This is actually based on something I overheard my mother and aunt talking about when I was a little girl. I don't remember what the story was but what stayed with me all these years was the eerie description of the strange woman and her dogs that my aunt had seen one night.

Premise of the story:

Seventeen-year old Charlotte (Charli) has been sent to live with her estranged bachelor uncle in Los Angles after her father has been sent to a mental institution. This is her first morning in her new room at her uncles and she recalls the dream she had the night before, triggering a eerie memory from her childhood. Enjoy and don't forget to comment. =)


I must’ve been more tired than I thought because I didn’t even remember falling asleep and even when I woke the next morning I was so tired. It was unusual for me to remember my dreams but last nights dream was so vivid. It was almost as if I’d been awake but I couldn’t have been.


In my dream I was sound asleep when I heard the annoying barking of a dog. I tried to ignore it but when I heard other dogs joining in and the barking getting really panicky it reminded me of something. A memory so vivid I remember everything down to the finest detail.

When I was a little girl about six years old, my grandparents dropped me off at a friend’s house, a couple they’d known for years. I was told my father was ill and they were taking him to the doctors. I spent the entire day there. It was a bit unusual because if my dad needed a sitter there was always a closer friend that could help out but that day none of them were available.

After a long day of playing with their twin daughters, I must’ve knocked out because the next thing I remember was waking up in my grandpa’s arms as he carried me out to the car. My head rested on his shoulder and I heard hushed voices as he walked. It was late and someone had thrown a blanket over me. The barking is what woke me. The same as in my dream, first one dog then others joined. I heard my grandpa’s friend try to hush his own dog by the side of the house.

I was finally in my grandpa’s truck. He buckled me in and put the blanket over me. He was parked on the street and he walked around the back of the truck to his side. That’s when I saw her. A very tall woman wearing what looked like a long dark raincoat coat with a hood. She stood in the middle of the street, absolutely still. The hood somewhat shrouded her face. But I could see the red lips and few strands of long dark hair that straggled out from under her hood.

The fact that she was standing perfectly still in the middle of street at night time wasn’t the oddest thing about the scene. It was the dogs. I’ll never forget the dogs. There were six of them. And they all sat just as still as she was in front her, in perfect lines of two. The image of Santa’s reindeer had come to my mind. I didn’t know much about dogs but they were huge. What struck me most was that as much as the neighborhood dogs were going crazy barking, her dogs sat there calmly, looking straight ahead, completely unaffected by the noise the other dogs made.

My Grandpa got in the truck and tried starting it up. Even though she was standing just a few yards away he hadn’t noticed her. The old truck hacked as he turned the key in the ignition. I was used to it taking a few tries. The whole time I couldn’t’ take my eyes off the woman and her dogs. Then she moved. It was so slight if my eyes hadn’t been fixated on her I would’ve missed it. Her head moved up a bit but just enough to unveil a pair of big dark beautiful eyes. They were penetrating but in a such good way. She was …magnificent. Instantly I felt my breath taken away. And then just as suddenly I was locked in her gaze. Her eyes somehow got bigger, darker. I couldn’t look away, move, or even speak. I’m not sure if I even breathed for those few moments.

Everything went absolute silent. And then I heard her voice. I don’t know how. Her lips didn’t move, she was still yards away and the doors and windows of the truck were closed but I heard it as clear as if she were sitting right there next to me.

“It is almost time, little one.” Her voice matched her face. It was like silk, it was music, it was… intoxicating. It felt so good in my ear I smiled.

The next thing I remember I woke up in my bed in my grandparent’s house. In the small room I shared with my dad. Only that morning I was alone. When I asked my grandpa about the woman with the dogs he had no idea what I was talking about.

I found out years later, the day I’d spent at there friends was first of several interventions my family had, had for my drug addicted father. Of course at the time I didn’t even realize my dad had a problem. All I knew is he was...different. He did things and said things sometimes that didn’t make any sense. But he’d been that way as long as I could remember so it didn’t seem odd to a six-year-old.

As the years passed he got worse.

I shook my head refusing to dwell on those memories. Instead my thoughts went back last nights dream. In the dream the barking woke me and so I sat up in my bed. I waited to see if the barking would stop but it only got louder. I stood and walked to the window and there she was in the middle of the long driveway. My memories had kept her exactly as when I’d seen here so many years ago. The dark coat, the dogs, the red lips. I could see now the dogs were Great Danes. No wonder they’d seemed so big to me as a child. I waited almost holding my breath for her to move to look at me like she had that one night.

Then she did. Again her movement was so slight, and her eyes came into view. They were just as enchanting as they’d been the first time only this time there was something different. I didn’t know what it was but it worried me. Somehow I could sense that she was anxious, frightened. I felt her fear run through me and I shivered.

Our eyes locked and I was paralyzed where I stood. But it didn’t scare me. I welcomed it. Everything went silent and her voice flowed in my ears like a beautiful song.

That’s when I woke up. In my bed under my blankets just as I had lied down the night before and I knew I’d been dreaming. But I was so tired.

Thanks for reading!
Posted by Elizabeth Reyes at 3:00 AM

Email ThisBlogThis!Share to TwitterShare to FacebookShare to Pinterest
Labels: Charli